A REST API is available at http://127.0.0.1:5000 (the port can be changed thanks to --api-port) when speculos is running. The specification of the API can be found at this URL, or from the swagger.io demo website.

This API is meant to be used in test environments to automate actions on the device such as:

For instance, pressing the left button is as simple as:

and taking a screenshot of the device: 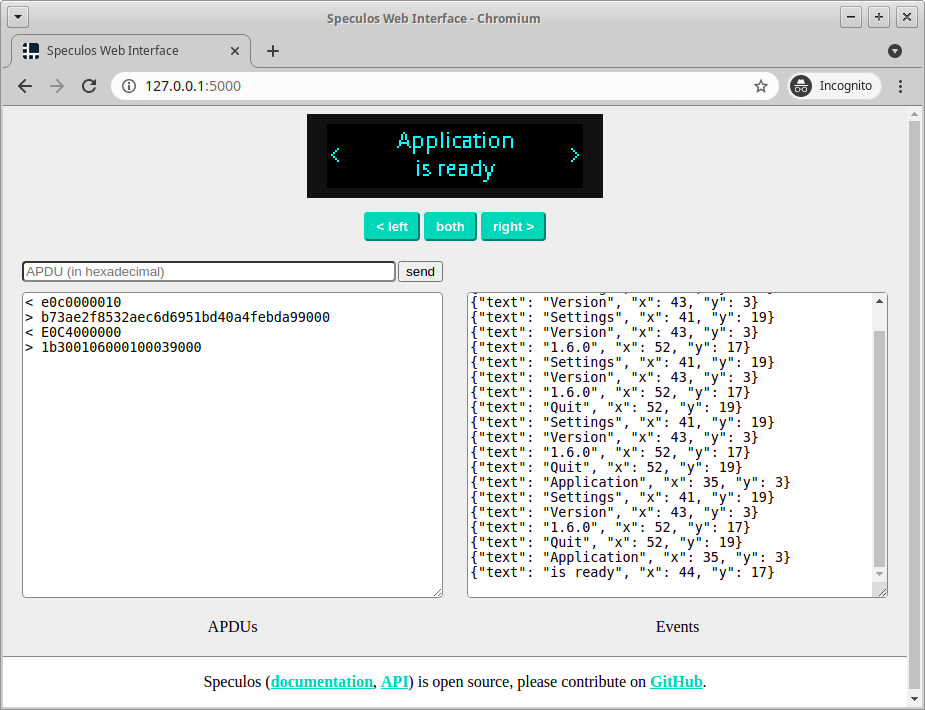 This Software is under the terms of GNU Lesser General Public License v3.0.